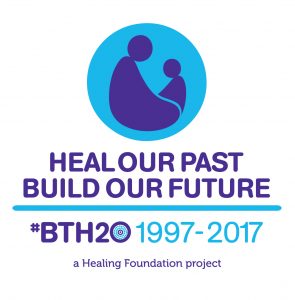 The Healing Foundation is calling for urgent action to address the widespread crisis in Aboriginal and Torres Strait Islander communities.

The report highlighted that many of the issues facing Aboriginal and Torres Strait Islander communities (including substance abuse, mental illness and family violence) are strongly associated with the forced removal of children and the subsequent failure to provide healing.

“The Apology provided an important acknowledgement of the harm that was done but practical measures are urgently required especially to meet the needs of ageing Stolen Generations members within their lifetimes,” Healing Foundation CEO Richard Weston said.

Between now and the 20th anniversary of the Bringing them Home report on 26 May 2017 the Healing Foundation will be raising awareness of the outstanding needs of Stolen Generations members and their descendants through a new project called Heal Our Past, Build Our Future, BTH20.

As part of this project, the Healing Foundation announced a series of grants on the 9th anniversary of the Apology to enable communities, Indigenous organisations and schools in each state and territory to commemorate the 20th anniversary of the report and celebrate their local Stolen Generations members.

To keep up to date with the project follow #BTH20

Together we will continue to highlight the importance of supporting the social and emotional wellbeing of First Nat… https://t.co/I6AbTKGxX1