Subject: Reparations for Stolen Generations survivors in the NT, ACT, and Jervis Bay 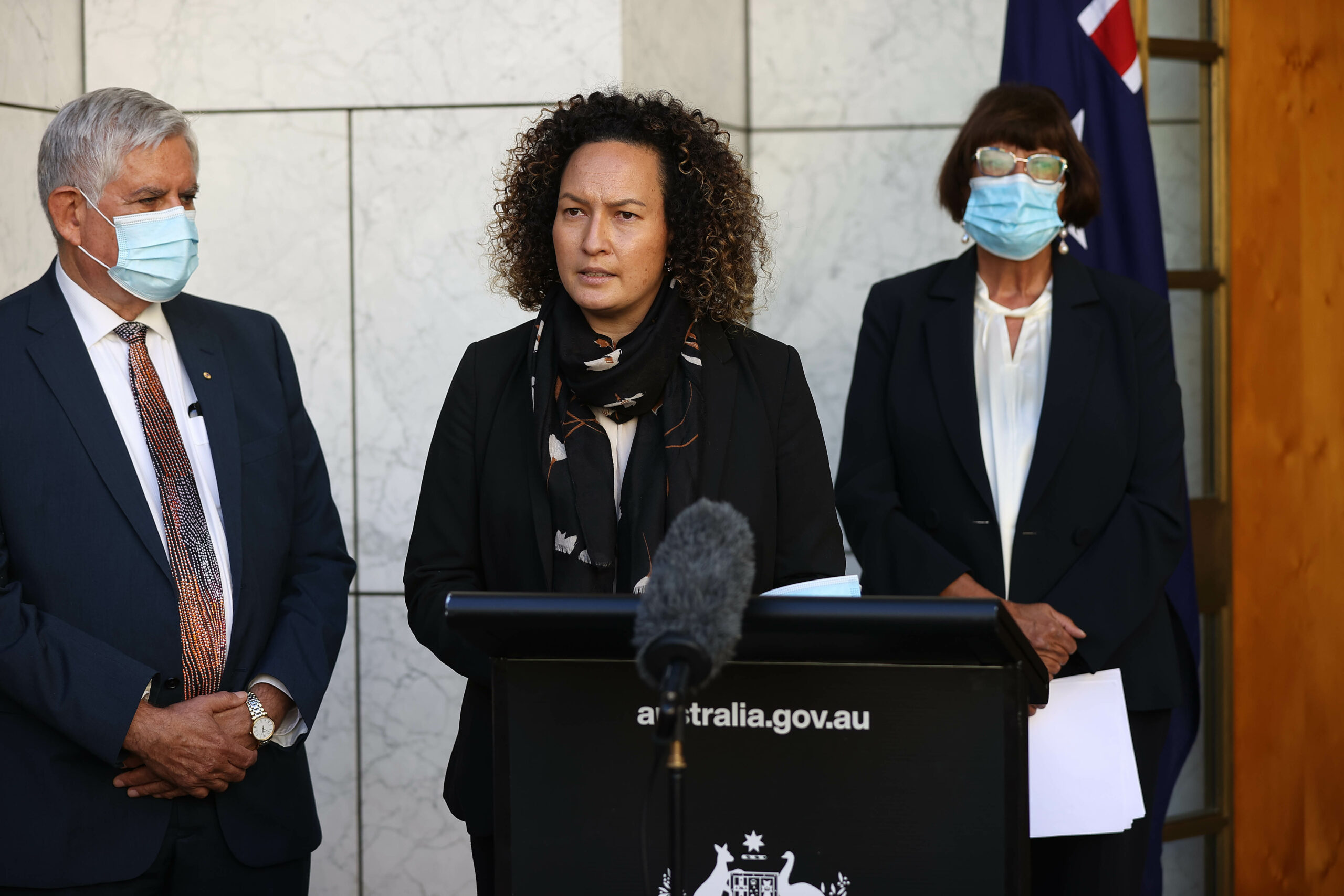 DAN BOURCHIER:       The Prime Minister last week announced redress payments to members of the Stolen Generations, who were taken from the Northern Territory, Australian Capital Territory, and jurisdictions that were under the control of the Commonwealth Government at the time. It’s prompted renewed calls for redress for Stolen Generations members from Queensland and Western Australia. The Healing Foundation was created out of a recommendation of the 1997 Bringing Them Home Report. The organisation has been a powerful advocate of redress acknowledgment and healing. Chief Executive of the foundation Fiona Cornforth joins me now from Canberra. Good afternoon.

DAN BOURCHIER:       Fiona, you’ve welcomed this redress. What does it mean to members of the Stolen Generations community who’ve been talking to you?

FIONA CORNFORTH:   It’s just some practical support at this point, long overdue, as many will tell you. But it recognises that … they have often complex needs that need meeting now, as the Stolen Generations proportion of our population are aging.

DAN BOURCHIER:       It’s not just money alone that many have been calling for, though, is it? It’s acknowledgment, valuing of what happened to them, and having someone in government listen.

FIONA CORNFORTH:   Yeah, look, what we have been hearing is that they feel heard, and they feel seen, and this is often not been the case. There is an opportunity for them to tell their stories, in a very personal way, to talk about the individual impact and the impact on families. And to receive a formal apology around that. The well-being support services will go a long way as well, where we feel really fortunate that we could be at the table, too, alongside some of these community leaders who’ve been fighting this fight for a very long time, to inform the scheme with how to do this successfully, how to get our survivors in that position where they’re operating more from places of strength rather than places of distress.

DAN BOURCHIER:       And I want to come to that distinction in a moment. But first, there has been criticism, Fiona Cornforth, that the Prime Minister’s announcement failed to introduce substantive structural reform in Australia. I wonder what your reaction to that is?

FIONA CORNFORTH:   Yeah, look, we are at the table with 50 other Aboriginal and Torres Strait Islander community-controlled organisations. We are signatories to a national agreement with the Australian Government and with all governments, and there are four very important priority reforms that we’re driving out, and one of those is transforming organisations. And this does speak to design and structures, and how to dismantle them, and how to recreate them, so that more and more settings that our peoples have to interact with each day are trauma-aware, healing-informed. They understand cultural safety and they know their role in healing.

DAN BOURCHIER:       You recently released the Make Healing Happen Report, which recommended a scheme like this amongst other recommendations. I wonder if this goes far enough?

FIONA CORNFORTH:   Look, it was important that the Australian Government took responsibility for the territories they once governed. We know that a lot of the other states and territories have committed to redress schemes. We would support a coordinated approach, which is informed by all the best evidence and all the data around this work, and with those with lived experience at the table, our Elders and our peoples that have given testimony, so brave and courageously. And look, long overdue obviously. It’s not (dissimilar to what) I said this at the presser at Parliament House on the day it was announced. It’s something, but it’s not everything. With practical support now, it’s people being seen and heard. But obviously, there’s a lot of change that should happen across systems in this country.

DAN BOURCHIER:       Fiona Cornforth, you touched on this a moment ago, and you often speak about the intergenerational trauma caused to members of the Stolen Generation and their families. I wonder if you can give us a sense of what that means, as well as what you often call intergenerational healing?

FIONA CORNFORTH:   Absolutely. So there’s a trauma burden that’s carried as a result of removal, and we know that it’s affected at least a third, and in some jurisdictions over half of our population. And you know, families and communities have had children removed from them, and so there’s additional trauma not counted. But what we know is that everybody with a nervous system can be impacted by trauma, and what it does to you is keeps you in that fight, flight, or freeze. It means that possibilities, opportunities, options available to someone in a place of strength and not experiencing trauma is quite wide. If you’re in trauma and if you’re in a state of distress, which we know now many of our people are, and it is just because of removal. The Australian Institute of Health and Welfare have confirmed that now in their analysis, then you are less likely to take advantage of any of those possibilities, opportunities, options available to you. You essentially pass down trauma responses.

DAN BOURCHIER:       Yeah. And so much and so many conversations to be had around this. While I’ve got you, Fiona Cornforth, most of the eastern seaboard is in lockdown in one phase or another at the moment. Many people might be watching this and feeling that their mental health is being challenged or that there are issues there. I wonder if you’ve got some tips or what we can all be doing to maintain good mental health more broadly?

FIONA CORNFORTH:   Yeah, look, for our communities it’s a time to reflect on the strengths in our communities and how well we do through things like this, because of those elements of our cultures that have always kept us safe and well. We know isolation and being under laws, rules, and restrictions is triggering, and just being mindful of that and being aware you could do to move from a place of distress to a place of strength in these trying times. And I think just knowing that people are looking out for you and they’re sending you additional strengths from all the nations all over the country right now. I’m so proud to read the voices of Dharawal Elders saying this is what we need. Keep speaking up, keep speaking out, you’re being heard.

DAN BOURCHIER:       Yeah, such a powerful message. That rings so true. Fiona Cornforth, thank you so much for joining me today.

The role of records: reconnecting with family, culture, and country for Stolen Generations survivors