Subject: Reparations for Stolen Generations survivors in the NT, ACT, and Jervis Bay

JOSH SZEPS: Fiona Cornforth is the CEO of the Healing Foundation, which is a National Aboriginal and Torres Strait Islander organisation that partners with communities to address the ongoing trauma caused by things like the forced removal of children from their families. Fiona, thanks for being here.

FIONA CORNFORTH: Thank you for having me on, Josh.

JOSH SZEPS: What will this mean for Stolen Generations survivors?

FIONA CORNFORTH: Look, in the Territories named, where the Commonwealth did govern and have responsibility, it will mean so much. When the announcement is made later today, I’m thinking of Aunty Maisie often and the survivors she works alongside in the Northern Territory. Aunty Eileen Cummings, who’s just put out a book recently on her journey, her family’s journey to, to try to survive and then to try to heal. And then, obviously, in the Wreck Bay community, the Jervis Bay community, we know that there’s still so much work to be done. And for this announcement to be made, I know that the survivors there will feel heard, will feel listened to, and it’ll just be an emotional day for so many.

JOSH SZEPS: It’s going to include not just money but, as I understand it, an opportunity for survivors to tell their story and to be made complete.

FIONA CORNFORTH: Absolutely, and this is quite an important component. We know, to working alongside survivors and Stolen Generations organisations, that this can mean so much. It progresses people on their healing journey. And, you know, there’s no end state where people are healed, but we know that it makes all the difference. It’s again, being heard, but it’s also having your story validated, it’s also feeling like you do belong in a community that understands you and supports you. And, as you’ve heard, this means a lot.

JOSH SZEPS: After the Rudd era approach to Closing the Gap, Fiona, has there been a sense of missed opportunity? Or a sense of the project being stalled?

FIONA CORNFORTH: Look, the Closing the Gap initiative, we’re quite proud members of the Coalition of Peaks. We know that the possibility and the potential for change through the key reforms, the key priority reforms. It’s, you know, we know that it’s going to achieve something – transforming organisations, for example, to make sure organisations who interact with survivors and their descendants and families understand the stories in a way that means they can provide a safe environment and setting for them to present to across the health, education, and justice settings. We’re striving for this because we understand that that promotes healing as well – that helped. You know, a survivor, for instance, who carries health burdens even more so than Aboriginal and Torres Strait Islander people who weren’t removed. We know that it’s important for their healing journeys.

JOSH SZEPS: We’re speaking with Fiona Cornforth, who’s the boss of the Healing Foundation, about this speech which the Prime Minister will be giving today – announcing a billion dollars and a new initiative as part of setting up targets for compensation for the Stolen Generations and for the next stages of Closing the Gap. This will involve $378.6 million for Stolen Generations survivors who were removed in Commonwealth-controlled territories. Fiona, but that only means the Northern Territory and the ACT, and Jervis Bay. What happens to people who weren’t in those areas?

FIONA CORNFORTH: Yeah, look, there are different schemes operating in other jurisdictions. I think Western Australia and Queensland are yet to design a scheme and announce one. But, you know, the idea here is that we embed evidence, really good evidence, about what addresses trauma and what heals and make healing central to schemes in the future and in improving ones that have already been announced.

We know that there hasn’t been a coordinated effort across the country. Our message and the message we’ve elevated from survivors in our Make Healing Happen campaign, which we launched at the Press Club in June this year, was to say, hey, let’s all join forces, let’s look at this evidence now that we have, that we can’t turn away from. Let’s embed it in our healing initiatives going forward.

And 24 years on from the Bringing Them Home report and that inquiry into the separation of children from their families, let’s finally do something about it, because as that report forewarned, the issues will get greater to deal with and to overcome, you know, later down the track. And we’ve seen that in these statistics, in these gaps that we still must close.

JOSH SZEPS: Yeah. Fiona, it’s great to talk to you. And I hope this is a positive day for everybody.

FIONA CORNFORTH: Thank you so much.

JOSH SZEPS: Thanks for telling us about it. That’s Fiona Cornforth, who’s the CEO of the Healing Foundation, flagging the Prime Minister’s announcement today of a $378 million redress scheme. That’s just for compensation for Stolen Generation survivors. There’ll be an additional $254.4 million, reportedly, for infrastructure, to better support Aboriginal Community Controlled Health Organisations. There’ll be programs, like a program for Indigenous children to be taught literacy and numeracy skills using a sort of a back-to-basics approach that Noel Pearson has been advocating. Two-thirds of Indigenous children didn’t meet the threshold in one or more of the domains that were considered to be off track, including physical health and wellbeing, social competence, emotional maturity, language and cognitive skills, communication skills, and general knowledge. And of those Closing the Gap targets that were set in 2008, there were seven targets, only two of them are on track. That’s early childhood education and Year 12 attainment that were on track after 10 years, my apologies, after 2008. Failing are the targets for school attendance, child mortality, employment, life expectancy, and literacy and numeracy. So hopefully these 17 new targets will go some way to rectifying that. 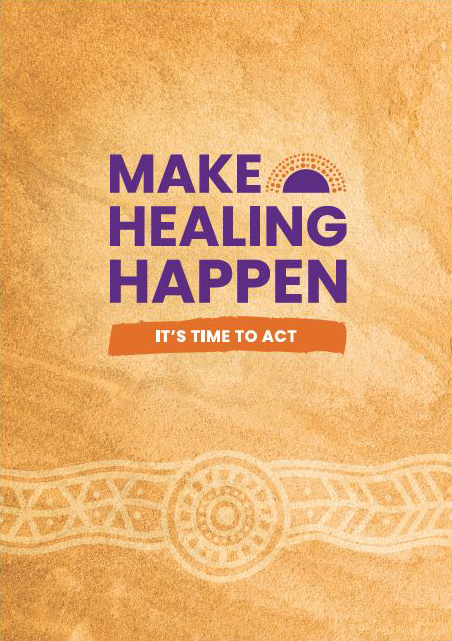 Improving the Social and Emotional Wellbeing of First Nations Children

Today is National Aboriginal and Torres Strait Islander Children’s Day—a day dedicated just for them. The theme is… https://t.co/g7NQA7A0oM