Closing the gap progress report a warning to redouble efforts

Closing the gap progress report a warning to redouble efforts

The Healing Foundation warns momentum must be gained urgently on the Closing the Gap Priority Reforms, or targets will remain out of reach.

The warning follows the release earlier today of Productivity Commission data showing only four of the 17 Closing the Gap targets are on track for being met within the coming decade.

The Healing Foundation Board Chair Professor Steve Larkin said the news should come as shot in the arm to the incoming government, who now has the power to make the necessary changes to ensure Priority Reforms are just that—the priority of all governments.

“We must use the knowledge from these updates as a catalyst for redoubling our efforts to right the wrongs of the past so that there is finally justice and healing for Aboriginal and Torres Strait Islander peoples,” Professor Larkin said.

“The latest data represents a significant challenge for governments to step in and address the growing needs in health, aged care, education, social justice, and equity.

“We can’t treat all the targets as mutually exclusive – they’re going to have an impact on each other and there is the potential for a cumulative effect. The failure to meet each and every target has the potential to undermine what’s already been achieved.”

Professor Larkin said that for all Aboriginal and Torres Strait Islander peoples to enjoy high levels of social and emotional wellbeing, it was essential that the most vulnerable groups, including Stolen Generations survivors and their descendants, are supported with tailored and targeted trauma-aware, healing-informed services that meet their specific needs.

“The Productivity Commissions findings echo what Stolen Generations survivors, their families, and communities having been telling us: that any further delay poses a significant barrier to achieving the goals of better health, education, employment, and other outcomes for all First Nations peoples,” he said.

“It’s timely to review exactly what’s being done, how it’s being done, and by who, and the gap that needs to be closed immediately may be in terms of available resources.

“While the figures are disappointing, they also represent a unique opportunity to unite the nation on contributing to healing actions that have the greatest impact.

“We reiterate the need for capable partners across all governments, all their departments, agencies, and across all sectors to ensure the reforms, just four in number, are treated with priority. They represent what community-controlled organisations know can close the gap for good.”

“Healing after complex trauma requires the systems that survivors interact with to identify and do away with anything they do now to perpetuate further trauma or to maintain the status quo for those left to hold the burden of trauma.” Ms Cornforth said.

“Our Make Healing Happen report of last year revealed the extent and impact of removing children from safe loving homes and communities. The pain involved is largely unaddressed and unresolved.

“The Healing Foundation and other members of the Coalition of Peaks have the knowledge to scale up healing efforts across the systems.”

A Healing Foundation delegation will be at Garma Festival to promote trauma-aware, healing-informed approaches, including members of its Youth Reference Group. 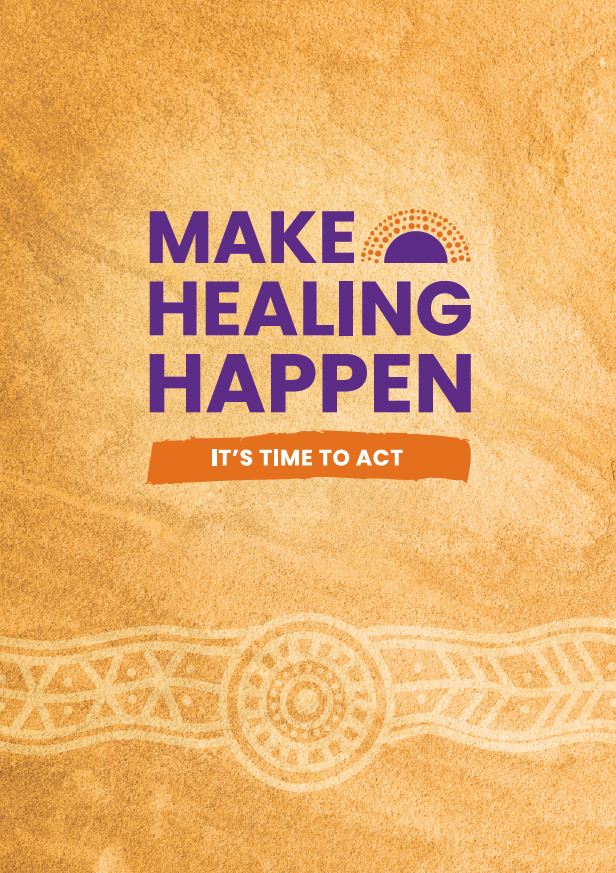